The Evolution of Artificial Intelligence and How Humans Perceive It

The Evolution of Artificial Intelligence and How Humans Perceive It 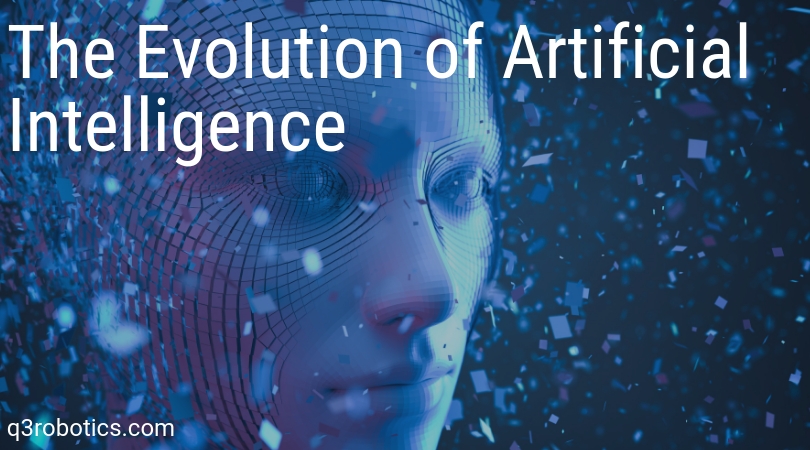 Artificial Intelligence, in its basic sense, is the ability of a machine to interpret data, objects, or other stimulus and then make a decision based on that information.  AI has been all around us for years; but because humans perceive intelligence in a comparative way, we discredit the intelligence of machines doing redundant tasks.   For example, a magician can perform a trick and the audience thinks its marvelous until they find out how the trick was performed.   Once everyone knows the secret behind it, the magician no longer gets credit and the trick is now just common sense.   The wonders of artificial intelligence work in the same way; when a machine starts to interpret data and makes decisions based on that data, we hail it as being intelligent.  Once that task becomes common place, this form of AI is no longer intelligent and we are off to theorizing about the next version and the future – this is part of as Nikola Tesla’s Theorem on intelligence.

As we said, AI in its basic sense is the ability of a machine to interpret stimulus and make a decision.   Like a child, you can instruct the AI regarding the difference between right and wrong on specific subjects.  The child didn’t learn this on its own nor did the AI machine; they were both told or preprogrammed if you will.   Like a child the AI starts off will simple interpretations, if its green then go, if red then stop.  Soon after they learn the alphabet, numbers, and names of objects; which for AI this is known as Optical Character Recognition and Optical Object Recognition.  But OCR and OOR have been in our world for so long now we don’t even give it a second thought as being intelligent.  We want more from our AI and like the child, we have given it the basic foundation and were now expecting it to start thinking for itself.   Its not enough to identify a white page with an apple on it as an apple; we now want detection of objects.  Is there an apple in the photo, is it in the tree, on the table, did someone take a bite out of it; and what if the majority of the apple is behind a branch, is it still an apple?

Like Darwin’s theory of evolution, artificial intelligence is evolving like a single celled organism to a complex human brain.  AI isn’t going to be one massive program; it will be the sum of many parts, as is the human brain.  The brain has several lobes and areas that handle different tasks – vision is processed in the primary visual cortex where that information is then passed to the frontal lobe for decision making purposes.  The future of AI is multiple programs identifying and detecting information and then passing that information to decision making algorithms.

There’s a lot of talk about Big Data and through this data how the “all knowing” AI computer can understand and manipulate all of us.  But how true is this scenario?  Currently the human brain is bombarded with so much information that it is constantly filtering out trivial noise and logging what it determines is important.  Even with IOT relaying information every time we use a device, Facebook knowing what articles we read, Google knowing our searches, and Amazon knowing our purchases, there still is not enough data/algorithms to manipulate someone; unless you perceive artificial intelligence to be that because Amazon knows you purchased toilet paper a month ago and your IOT toilet reported X amount of flushes, it’s now time for a new shipment – is this really intelligence or just basic math.

However, the collection of this data is very important; we may not know of a use for it now, but like collecting DNA samples from the 1950s which allows us to solve old crimes today, this data will be very useful in the future.  With the shear amounts of data being collected, no human could conceivably sift through to find answers but AI algorithms distributed on thousands of networks and processors could identify patterns and start to make valid predictions of behavior whether it be human, natural, or a combination.   Imagine predicting the formation, path, strength and destruction of the next hurricane based on data patterns of solar flares and other natural phenomenon long before the first drop of rain falls.

As we move further into the future AI will assist humans in discovery of things too complex for the human brain; such as where did we come from and/or what is infinity.  This can’t be done on today’s binary computers and networks; it will need quantum computers.  One quantum computer can out process all the worlds super computers combined.  It is estimated that today’s quantum computers can return results in 1 second that would take a standard computer 10,000 years.  Combining artificial intelligence, big data, and quantum computing is where the real fun begins.