The Changing Face of Television Advertisements

The Changing Face of Television Advertisements 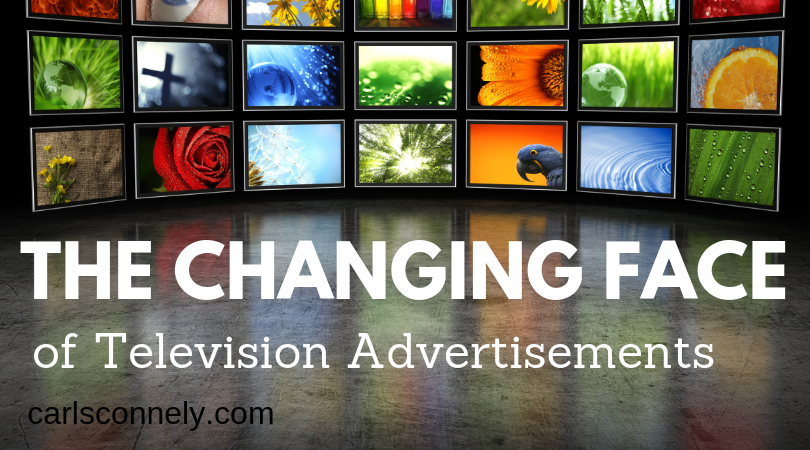 In the last 15 years we’ve seen a dramatic change in the advertising industry. Where paper and billboards once reigned supreme, the Internet dashed in and all but decimated the traditional newspaper. Those who couldn’t navigate the curve failed, a crippling recession only serving to hurry the process. Meanwhile, every day businesses struggled to comprehend a changing landscape: websites were suddenly a necessity – but a culture shock too – as the online era ushered in a new level of transparency. Now customers and competition could see how many units were on your lot, what they looked like and (gasp!) the MSRP.

Today, just about every company runs a website, some kind of social media presence, and deals with tech acronyms (SEO, PPC) on a daily basis. Marketing budgets have shifted to incorporate banner ads and product listings in place of the old magazine and classified advertisements.

Of course, now that everyone has finally gotten things situated, the tide is gearing up for another turn.

The Internet’s next target: Television.

2013 marks the first year in history that Americans will have spent more time on their digital devices than they have on the television. This is certainly not to say that we’ve all suddenly lost interest in our favorite shows; rather, we are choosing to watch them on our own time through network websites and services like Netflix, Hulu, and Apple’s iTunes. Recognizing the trend, Google jumped in with a brand new device this year, called Chromecast, which aims to turn a user’s TV into a giant digital device. Priced at $35, it joins a host of other streaming devices which will eventually have a dramatic impact on the cable industry, and subsequently, television advertising.

As is, many of us already pre-record shows on our DVR and skip through the commercials. From a consumer standpoint, it’s great – but step to the other side of the fence, and it seems like businesses are left holding the bag. As more viewers find their way to the web for video content, the audience pool (especially among younger generations) is rapidly shrinking.

While I wouldn’t completely pull the plug on television advertisement just yet, it’s important for businesses to know what’s on the horizon and begin shifting their sails accordingly. So what do you do? Begin refocusing your marketing budget to more internet-friendly outlets: hire a production team to produce short, eye-catching, and informative YouTube videos, build up your website with quality blogs and content (hire a copywriter), and develop mature social networks that will help direct your audience back to your web content and videos. Further, explore ways of advertising on YouTube and Facebook, where you can pinpoint specific demographics for marketing precision, and pay close attention to news stories about new advancements in technology and  video streaming – especially if a big player like Google gets involved.

Recognizing technology changes and aligning your business ahead of time can mean the difference between riding the wave or frantically swimming to catch up. Keeping an ear to the ground and an adaptive marketing strategy will ensure your company stays steady on the surfboard.