Cyber Wars Are Not Science Fiction

Cyber Wars Are Not Science Fiction 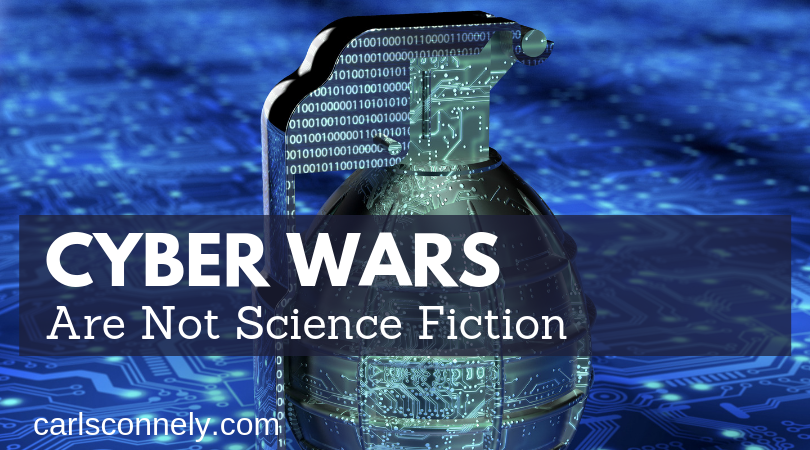 I’m not a “Trekkie” but as a kid with only one TV in the house and an older brother who liked Star Trek, I ended up seeing a few episodes. Even at the age of 10, I questioned the logic behind many of the episodes, especially the one where war was being waged by two computers. Captain Kirk’s logic, which I did agree with at the time, was to just shut down the computer and go bomb the other planet to smithereens.

What Kirk and I didn’t take into account (and unlike our Captain, I have the excuse of only being 10 years old) was that the other system may have already rendered our missiles useless, shut down our power grid, and emptied our bank accounts. Like a soldier with a broken gun, you have no choice but to surrender.

Today, we live in a world where hacking and cyber attacks are not coming from bored, 14 year old kids that get their kicks from deleting your computer files. We now have governments, terrorist organizations, and organized crime working constantly to infiltrate every system on the planet.

If you’re thinking you’re too small and your business really isn’t that significant to an organization such as Al Qaeda or the Russian Mafia, think again. What better a treasure than a dealership’s database or information stream. Business management systems handle point of sale transactions and F&I information. Credit bureaus are routinely pulled and credit cards are processed daily, leaving only your mother’s maiden name out of the picture, that is, unless your system is tracking the nearest relative not living with you – who just happens to be your mother.

On the Serengeti plains of Africa, the Lion prides feed off the old and weak to sustain themselves. In the business world, organized crime and terrorists search for older and weaker computer systems. With software written before cyber-crime was a gleam in a terrorist or mobster’s eye, these systems are easy to infiltrate and they store years of data that can be used to fund their causes.

Every business should ask, “How old is my system and what security upgrades have been made to defend my dealership? Realize that you, the business-owner, are liable for a breach, and worse yet, you may be unknowingly supplying information to one or more of those organizations – right now as you are reading this blog!